January 2018
We are in the final stages of recoding our third album, Life Continuum.

“This is the first time I’ve cried in my studio!” said Oskar, our recording engineer, when we recorded “Ocean of Blue”. The album will be released at Ransäterstämman at the beginning of June, marking the start of our two month long album launch tour. For the second year running we are embarking on an international caravan tour. This time we will be playing in Sweden, England, Scotland, Wales and Germany, finishing up at Korrö Folkmusikfestival. A summer to look forward to. 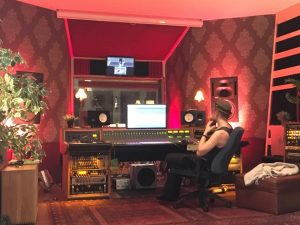